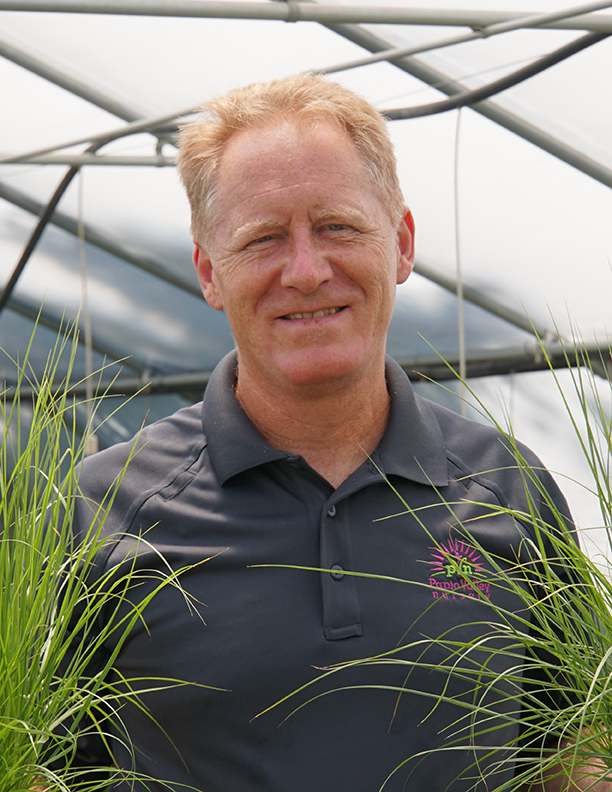 Alan Weiss has been the owner of Papio Valley Nursery since it’s inception in 1999. His humble beginnings in horticulture started with vegetable gardening with his grandfather, Vernon Grimm. Alan attended the University of Nebraska and graduated with his Bachelor of Science degree in Agriculture, Horticulture in 1995.

Alan earned the Distinguished Nursery Professional of the Year Award from the Nebraska Nursery and Landscape Association in 2010.

Alan worked at Mulhall’s Nursery and Trees, Shrubs and More Nursery after graduation from 1995 through 1997. Alan accepted a sales position with Sherman Nursery in Charles City, Iowa in the spring of 1997 and he thus began his career in wholesale nursery supply industry. In 1999, Alan founded Papio Valley Nursery in Papillion, Nebraska and has been supplying garden centers and landscapers with plant material to this day. Papio Valley Nursery is a wholesale nursery specializing in container grown perennials, grasses, shrubs and roses. Papio Valley also offers a full line of B & B trees and specialty evergreens. Alan’s wife, Rita joined the Papio Valley team in 2000 and has been very involved with the family business ever since.

Alan and Rita have four children, Lillian, Elijah, Ryan, and Josie. When Alan isn’t working or attending his children’s sporting events, he enjoys fishing and going to Nebraska football games with his wife. Alan’s parents, Kathy and Ron Weiss are also very involved with the nursery. 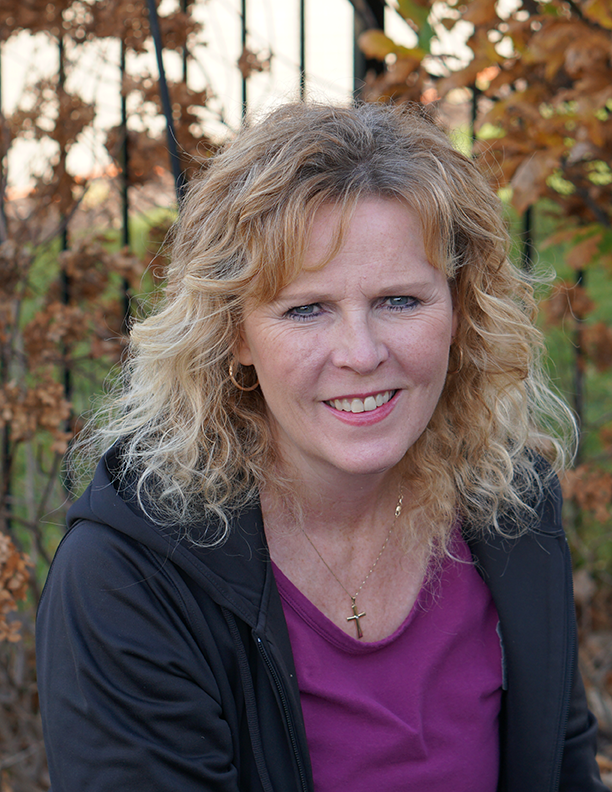 Rita Weiss is in charge of accounting at Papio Valley Nursery. She has been involved with the nursery since its beginning, but began working for the nursery exclusively in 2004. Before that, Rita spent several years working for Omaha Public Schools as an ESL (English as a Second Language) teacher. She graduated from the University of Nebraska-Lincoln with a B.S. in International Business, and then went on to receive her teaching certificate in Japanese language. Rita is originally from the Ewing/Clearwater, NE area and graduated from Pope John Central Catholic in Elgin,NE. Her hobbies include going to sporting events and supporting the Nebraska Cornhusker football program as well as attending country western concerts with Alan. Rita is an active mother of 4! 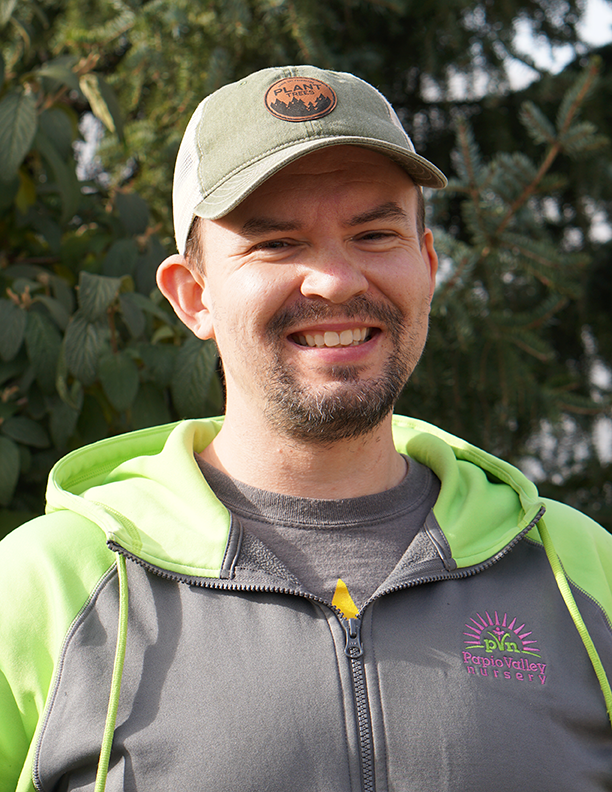 Damon has been with Papio Valley since March 2018; he is originally from Washington and moved to Omaha in November 2010.  He owned and operated a landscape company on Fox Island, WA for five years and before that worked at a retail nursery in Gig Harbor, WA.   Damon's love of plants, trees, and all rocky things began at an early age hiking and camping in the forests & mountains.  Places he loves to get back to in his free time.  He is otherwise at the gym or home keeping up on all things geeky and logged into Steam.  You can reach Damon by email or at 402-594-1345. 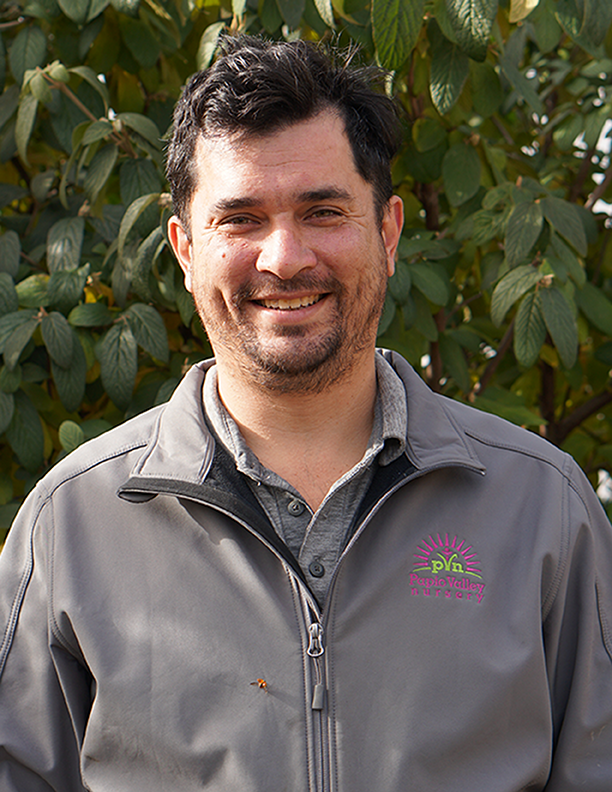 Alex Lam joined Papio Valley in the late spring of 2021. He grew up in Houston, Texas and started his career with a family-owned garden center. In 2004 he attended the University of Nebraska -Lincoln for a degree in Horticulture with a focus in nursery Management. After college he join the Navy Reserves and worked for Campbells Nursery in Lincoln. For the past 7 years he was working as a manager and landscape designer for Earl May. 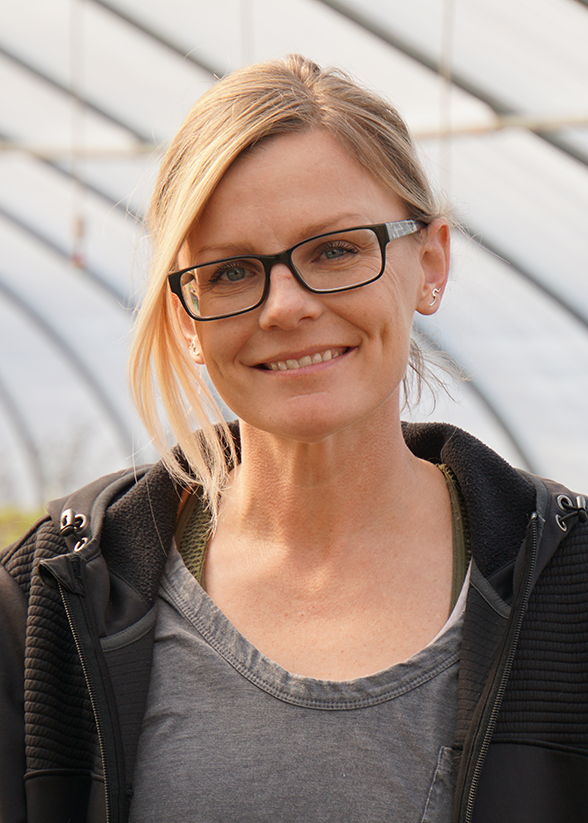 Hannah started her Horticulture experience in the midst of raising 3 children. She got involved in several community and school garden projects while her children were young, searching for ways to involve them, then decided she liked it enough to learn more. While earning her Horticulture degree from Metropolitan Community College specifying in Plant Propagation and Landscape Design, she was also volunteering at Girls Inc, Kids Can Community Center and the Butler-Gast YMCA, helping to educate children on the benefits of Olericulture. After college, Hannah went on to work for Mulhall’s Nursery for nearly 5 years, where she got her official start in growing annuals and perennials in greenhouse settings. She has been with Papio Valley Nursery for the last 4 seasons where she is both buyer and grower; managing the production and culture of plants ranging from annuals to trees. In her ‘spare time’, Hannah likes to do anything that involves being outdoors and connecting with nature; hunting for insects, staring at trees, photographing wildlife, hiking, tending her own gardens and making nature art. When it comes to people, Hannah most likes spending time with her family, getting involved with social and environmental activism and attending live music events.